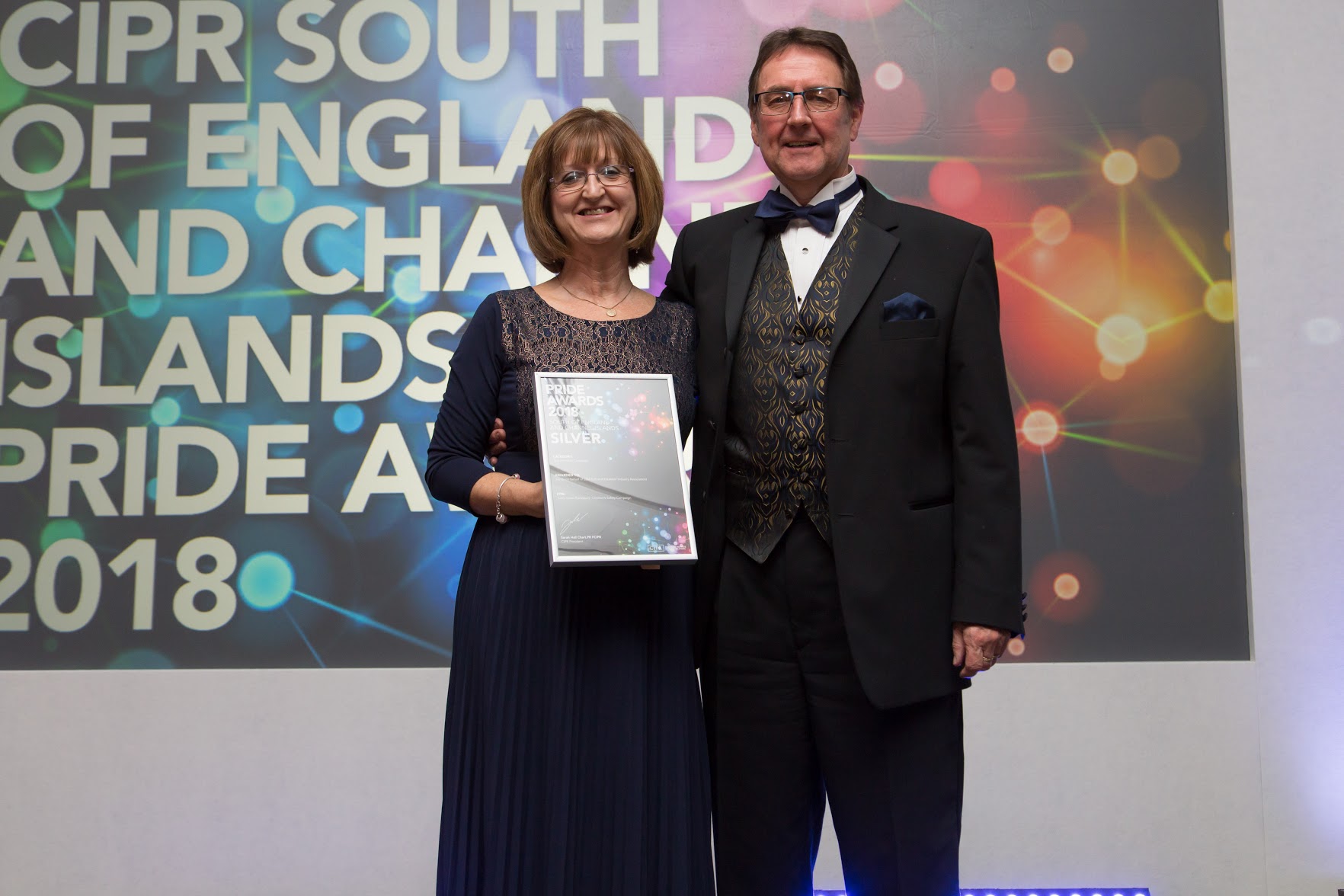 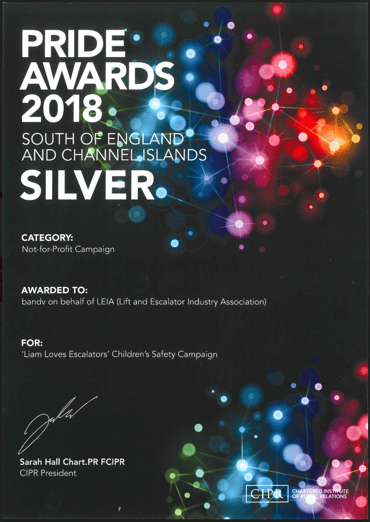 Liam Loves Escalators is the latest book in Breckenridge's campaign on behalf of the Lift and Escalator Industry Association (LEIA).

Designed to teach youngsters to be safe around lift products, it is the natural follow-on from Liam Loves Lifts, which kickstarted the campaign in 2016.

This CIPR win comes hot on the heels of winning the Marketing Campaign of the Year Award in July, so it seems that Liam has firmly secured star status on the lift safety scene, as confirmed by Catherine Morgan MCIPR | Events and Awards Manager:

"Congratulations on winning the Not-for-Profit Campaign Silver Award in the CIPR South of England and Channel Islands PRide Awards! Your work has been judged to be amongst the best in your region by leading PR experts and to win an award is a great achievement."

Breckenridge PR Director and Chairman, Angela and Colin Breckenridge, stepped up on the big night to receive the award...

"Liam is on a roll!—and we couldn't be more delighted to receive this SILVER accolade on behalf of Breckenridge and LEIA. It was a buzzing evening and everyone enjoyed themselves. What better way to round off the evening—and what better proof of the power of PR. Well done to everyone involved—especially Liam and his dino-pal, Roary-saurus!"

Meanwhile, Breckenridge has some celebrating to catch up on—getting on down with Liam and Roary in the run-up to Christmas... 🦖🦖🦖 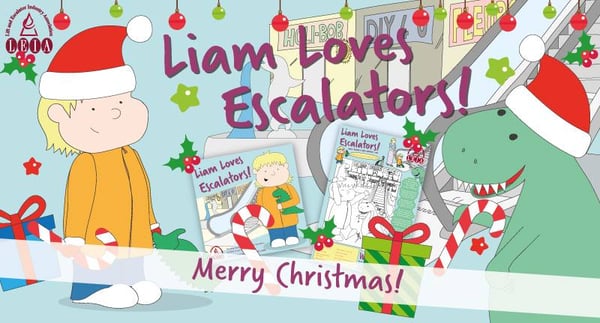